According to historical reporters Ciatti and Iacobilli the village of Casacastalda was supposed to be built by the Longobards, on the ruins of a previous village founded over 1000 years b.C. by another population: Umbrian people. The name was Causentinum.

Any cookies that may not be particularly necessary for the website to function and is used specifically to collect user personal data via analytics, ads, other embedded contents are termed as non-necessary cookies. It is mandatory to procure user consent prior to running these cookies on your website. 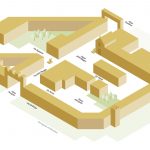